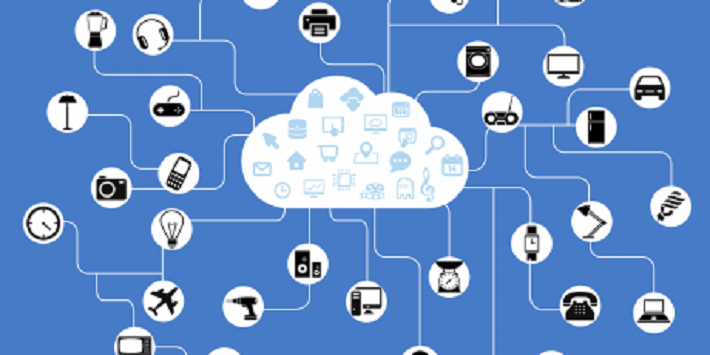 IoT is no longer just the next phase of the Internet—it’s fundamentally reshaping the core characteristics of the internet as we know it.

Two decades ago, the Internet was the shiny new object in the room. The Worldwide Web was just emerging as a new paradigm for communication and commerce, and the world brimmed with possibilities. Today, not only has the Internet fulfilled those nascent dreams, it has become the undisputed foundation of the digital age.

But now there’s a new paradigm in town—the Internet of Things (IoT).

For years, IoT has been growing up inside factories and oil platforms, in ships, trucks, and trains—quietly changing long-standing industrial processes. It has made its way into virtually every industry—agriculture, aviation, mining, healthcare, energy, transportation, smart cities, and on and on. IoT is no longer just the next phase of the Internet—it’s fundamentally reshaping the Internet as we know it.

The reason for this shift is three-fold:

These changes have profound implications on many of the core characteristics of the Internet:

In the first phase of the Internet, vendors developed horizontal technologies and sold them to a few well-defined markets and buying centers—enterprise IT customers, service providers and of course consumers. However, IoT comprises many diverse markets and submarkets. In these, operational technology and lines of business are the key buying centers, looking for solutions and services that drive business outcomes, rather than specific products or technologies. For vendors, this requires a complete change in business strategies, structures and partnerships.

The main purpose of Internet-connected devices has been to enable people to communicate with each other and to access online data and processes. The main purpose of IoT devices is to generate real-time data that we can then analyze and use to create desired business outcomes. This requires us to rethink how to architect, monetize and secure our connected systems – rather than simply connecting as many devices as possible.

The Internet has enabled revolutions in mobile, social and app capabilities. IoT and its real-time data have now become the foundational launchpad of the next generation of disruptive technologies—machine learning (ML), drones, autonomous vehicles, blockchain and so many more.

The first phase of the Internet converged on a few access technologies—Ethernet, Wi-Fi and mobile. IoT is driving a proliferation of access technologies based on different use cases and their specific requirements, including bandwidth, latency, power and proximity. This lack of uniformity compounds the complexity of the IoT environments.

For the most part, Internet applications have used centralized batch processing to analyze data in the cloud and produce reports and metrics. IoT and its vast amounts of streaming data require the evolution of cloud architectures to distributed cloud—or fog computing—to provide real-time or near-real-time analytics at the edge of the network or on devices themselves. This cloud 2.0 must focus on real-time processing at scale.

The Internet and enterprise IT have always focused on securing our data. IoT must focus on securing all of the “things” we use in our lives and businesses—from smart thermostats to connected vehicles, to military drones. Traditional closed operational systems in factories or buildings are now open and connected, and consumer device vendors need to learn the importance of comprehensive risk management.

Historically, Internet standards have flowed from the work of a few dominant horizontal standards bodies. Again, in the world of IoT, things are more complex. The sheer number of horizontal, vertical and regional standards bodies and consortia working on frameworks, architectures and standards can be overwhelming. And the resulting volumes of overlapping and contradicting semi-proprietary standards combined with long-lasting standards wars create even more challenges. Therefore, the IoT standards efforts require a much higher level of investment from both vendors and customers to drive a uniform approach, minimize duplication and ensure interoperability and integration with legacy standards.

All of these elements add up to a profoundly different Internet environment, transformed by IoT. Companies and vendors will have to rethink every aspect of their business strategies including development approaches, partnerships, go-to-market strategies, supply chain, security and more.

And that’s just the beginning. As the foundation for many other emerging technologies such as machine learning, fog computing (distributed cloud) and blockchain, IoT has put industry on the path to sweeping transformation. Next time I’ll discuss how a combination of these new technologies—working in unison—will shift the paradigm even further.