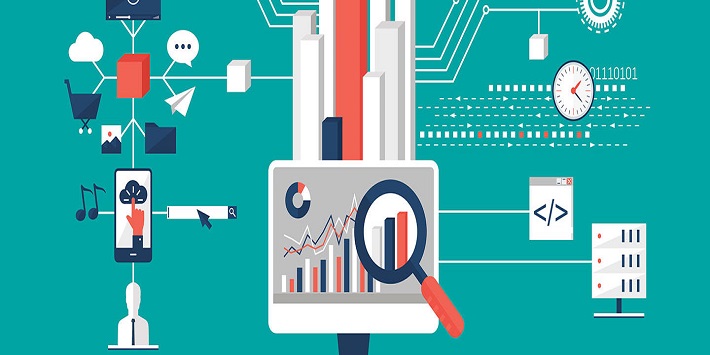 Analytics and automation deliver valuable capabilities, but organizations must pull technologies together securely.

Internet of Things (IoT) technologies — which have been discussed for years as the next revolution in IT — are finally widely available in the marketplace. Sensors can be deployed almost anywhere to track just about anything, potentially providing organizations with mountains of data.

But while any organization can implement IoT solutions, it takes a thoughtful strategy to create value for the enterprise.

“IoT is all around us,” says Steven Darrah, director of national solution services at Intel. “It’s not about IoT. It’s about what can you do with it?”

“The data set on its own is not as valuable as the data set when you combine it with other things,” says Brian Self, security solution architect at CDW. “I think that’s the value of IoT.”

Rather than engaging in IoT projects for their own sake, enterprises are searching for the right mix of technologies to collect and analyze the data they need for specific, value-enhancing use cases. Across sectors, organizations are streamlining inventory, enhancing customer service and optimizing efficiency by tapping into new sources of data. It’s not enough just to be early, or just to be strategic. Organizations that want to lead the way need to be both.

“If you wait five years, you’re going to be too late,” says Link Simpson, IoT practice lead for CDW. “Start now, pull in a partner organization that has experience in IoT and put a plan together. What do you need to put in place? How do you break that down into projects, and how do you sequence those projects so you see the biggest benefit, the biggest value early on? There are real benefits that can be accomplished today, but you really need a well-thought-out plan.”

SIGN UP: Get more from Cloud3concepts blog newsletter in your inbox every week!

Already, IoT technologies such as radio frequency identification (RFID) tags are being used to track inventory in retail, which helps to prevent loss and optimize logistics. In healthcare, senior-living facilities and nursing homes are using wearable devices to track data on movement and sleep, as well as risk factors for major health events such as heart attacks and strokes.

Wearable devices can also be used by energy companies and other organizations to track workers in the case of disasters or other emergencies. In the business world, companies can combine occupancy sensors, wearable devices and calendar software to keep track of employees and meeting spaces.

“Knowing that somebody is three offices down, and being able to go and join that meeting, significantly changes the way that we work in that environment,” says Simpson. “It simplifies our lives dramatically, and it saves money.”

In all likelihood, the IoT use cases that will create the greatest value for organizations a decade from now either haven’t been conceived yet or are still in their infancy. (For perspective: When the iPhone first came to market in 2007, analysts didn’t talk about how users would one day use the devices to hail rideshare services.) But the organizations that create real value with IoT today will be the ones best positioned for tomorrow.

The Underlying IT Behind IoT

As organizations learned with their mobility deployments over the past decade, devices are just the beginning. For an IoT initiative to truly transform an organization, IT leaders must also invest in an array of supporting technologies.

An IoT deployment might include RFID tags and readers, real-time location systems, smartphones, sensors, IP-enabled video cameras with special features such as facial recognition, robust Wi-Fi infrastructure, and other networking and connectivity upgrades, as well as smart versions of everyday devices such as printers, elevators and lighting.

“There are certain core technologies that are central to what we’re doing,” says Simpson. “In general, it’s basically networking. You’re going to take all these disparate systems that are out there, and you’re going to figure out how you translate them and interface them to an IP network. Pervasive Wi-Fi is going to be a big one.”

Boiled down to the basics, an IoT deployment requires organizations to invest in objects that collect data, networking solutions that transport the data for processing and analytics tools that create value from the data. Much of this can be achieved by repurposing existing technologies.

“If you think about it, the most powerful sensor we have is a camera, because it’s capturing so much information,” says Simpson. “Everything from license plate recognition to facial recognition, recognizing abandoned packages in a very crowded room, those analytics are all there.”

Collecting data is only the first step in creating value from an IoT deployment. “IoT is really transitioning from being about the sensors,” Simpson says. “Organizations need to look at analytics and consider what they’ll do with the data that’s coming in. Now that you have that new information, how do you make better business decisions? That’s the next step.”

Darrah points out that large retailers such as Walmart typically have around 200 store cameras. These represent a fleet of widely deployed sensors, as video cameras collect an extraordinary amount of information. But if this data isn’t being stored, processed and analyzed effectively, it can’t do much good.

“What could you do with all that camera data if you were able to analyze it?” Darrah asks. “One of the things [the retail industry] looked at was, ‘Could I determine what products were missing on the shelf?'” Data from cameras can also be used to analyze foot traffic patterns, alert management of suspicious activity or emergencies, and even determine the attitudes of shoppers, which can help stores improve customer service.

In the end, “smart” systems are only as smart as the people deploying them. If an organization doesn’t know what its goals are for an IoT deployment, and doesn’t invest in analytics and automation tools to achieve those goals, then IoT will result in little more than a lot of extra data to manage.

Darrah tells the story of shopping at a store where he received assistance from an associate wielding a tablet. When the time came for Darrah to make his purchase, the associate walked to a stationary point-of-sale system, printed a 16-digit code and then spent several minutes attempting to key the code accurately into the tablet.

It wasn’t immediately clear what the retailer hoped to achieve with this process, but, Darrah says, it was apparent to him why the store was “almost out of business.”

“It’s really simple,” Darrah says. “Anytime somebody embarks on an IoT initiative, and it’s going to impact employees, organizations have to think about efficiency, greater revenue and improved safety. Those are three of the big benefits in the workplace.”

“IoT shouldn’t detract from employees’ or customers’ experience,” he continues. “It needs to be an additive.”