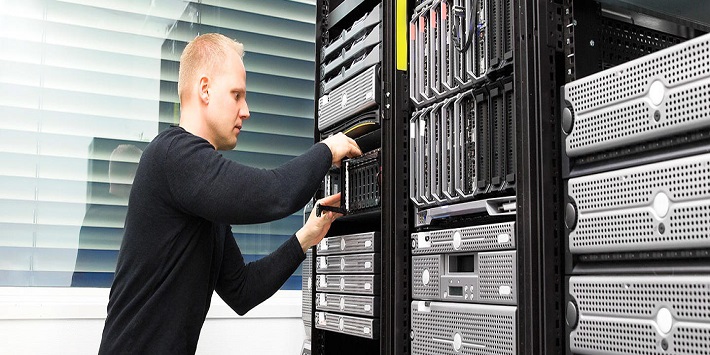 Companies that embrace converged infrastructure in their data centers can gain greater visibility and make their IT operations more efficient.

The data center is at the heart of any modern businesses’ IT operations, and companies can reap numerous benefits by transforming their data centers via converged infrastructure.

Converged infrastructure — which allows companies to deploy compute, networking and storage components in a single platform — reduces costs, delivers enhanced visibility (and with it, security) into a company’s data center, and frees up IT staff to perform more complex tasks central to the business.

Vito Ferrante, the EMC team lead at CDW, says in a CDW webinar sponsored by Dell EMC that more companies realize “their business is not IT,” and that “buying an appliance-like experience in the data center has allowed them to move more quickly through the paces of an ever-changing marketplace.”

In 2016, the converged infrastructure market — including the software, networking, compute and storage — was worth $12.5 billion, according to Eric Sheppard, IDC’s research director of enterprise storage and converged systems. IDC expects that value to grow 9.5 percent to $13.7 billion in 2017, he says.

Enterprises and midsize companies, Sheppard says, are taking “discrete systems that are very mature and are creating a single package of those systems that can be purchased, deployed, managed and supported as a single system.”

The data center floor, Ferrante notes, “is a complex web of hardware, software, cabling and power, all for the single purpose to drive business. It’s not fun, it’s not cool, it’s not trendy and it’s not cheap.”

“Oh, and by the way, the business does not care,” he adds. “Why? Because their customers just need things to work. No amount of IT-related excuses will save a business from losing a customer if installation and integration does not go as expected.”

So how can converged infrastructure help? Sheppard notes that it can reduce operating expenses and complexity, since companies do not need to manage as much equipment from different vendors. And, convergence can help companies consolidate their data center infrastructure, reducing capital expenditures.

Beyond expenses, converged infrastructure helps reshape IT operations. As a result of convergence, Sheppard says, forward-looking IT teams are able to “think about the transformation of the teams and to move from a set of teams that are siloed” between networking, storage, virtualization, servers and so forth.

Often, in such setups, Sheppard says, there is a lot of finger-pointing and dysfunction. Convergence helps create holistic IT teams that reduce the reliance on siloed expertise, he says. “You don’t reduce your abilities or skill sets; you change skill sets so that they are more horizontal.”

The shift to convergence helps reduce risks by spurring greater cooperation and reducing fiefdoms in IT departments, he adds.

Convergence also frees up IT staff members’ time. “It allows you to rethink how you allocate your resources,” Sheppard says. Thanks to automation built into many converged systems, IT staff members can spend less time “racking and stacking” and manually adjusting infrastructure, and instead work on other aspects of the data center, including programming and development.

“By purchasing the right products and understanding that there are no constants in the data center, we can take performance completely off the table and focus on what is really important to the business,” Ferrante says.