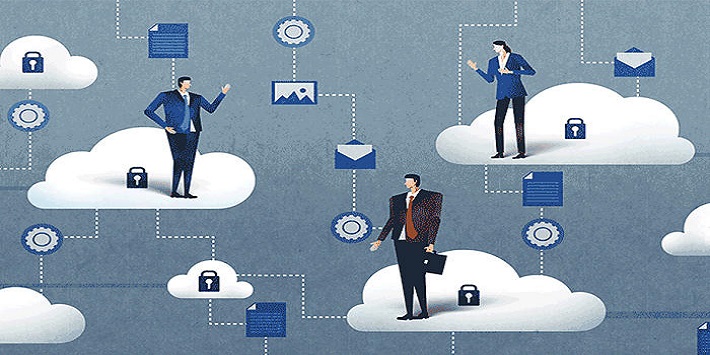 The definition of hybrid cloud varies depending on who you ask, but it always involves using both private and public clouds, and you need a strategy.

Ask a group of IT leaders to define what a hybrid cloud is, and their answers are likely to be as diverse as the companies they work for. Once a black-and-white definition describing organizations with a mix of apps that reside in both the public cloud and in enterprise data centers, a hybrid cloud has now become much more complicated as the number of apps used in the enterprise grows and their integration requirements mount.

The average company uses more than 1,400 cloud services, according to Skyhigh Networks, often because lines of business are being pressured to innovate, leaving little time to develop a strategy for the most efficient and cost-effective way to run them.

Adding to the confusion, today’s hybrid-cloud jargon abounds with terms like multi-cloud, on-premises “native” cloud and public-clouds-on-premises, to name a few. How do enterprises decide what is real and what is marketing hype?

“Hybrid cloud is the most undescriptive term in the entire world,” says Lauren Nelson, principal analyst, private infrastructure-as-a-service (IaaS) cloud, at Forrester Research. It’s more of a problem statement than a definition, she says, and it begs questions about appropriate platforms for each app, data integration and security.

The gold standard for cloud definitions, the National Institute of Standards and Technology (NIST), has written one for hybrid cloud that “is so far from reality,” Nelson says.  “It calls out the need to have active bursting from one environment to another – a world that doesn’t exist today.”

In an attempt to create clarity, some companies and vendors started using the term multi-cloud instead of hybrid, indicating that the strategy simply involves more than one cloud – public-public or public-private. Others have applied their own definitions to hybrid cloud to include any combination of public and private cloud with consistent platforms and/or services, but those are relatively new, she says.

Indeed, the market itself is shaping the definition of hybrid cloud, and analysts and vendors are beginning to fall in line in agreement on the definition a true hybrid cloud strategy. Increasingly, it’s about moving workloads seamlessly between public and private cloud platforms and creating a consistent architecture across both environments. Some vendors are promising these capabilities soon, while others are already starting to deliver.

“Hybrid cloud is a cloud computing environment that uses a mix of private cloud and public cloud services with orchestration between the platforms allowing data and applications to be shared between them,” says Ritu Jyoti, research director on IDC’s enterprise storage, server and infrastructure software team.

Some 56 percent of organizations surveyed by IDC use private cloud and public cloud for the same workload today, and another 8 percent say they use one type of cloud for production and another type for testing, development, backup or analytics – which is also considered a hybrid-cloud strategy.

What’s making a true hybrid cloud strategy more possible today is a slew of new orchestration capabilities that help move apps among the different platforms, Jyoti says – technologies such as Kubernetes, an open-source system for automating deployment, scaling and management of containerized applications, and VMware orchestration tools, for example.

And while about half the enterprises mentioned above are starting to wrap their heads around hybrid cloud strategies, the other half is still waiting for more clarity.

“If this were a baseball game, we’re in the second inning,” says Jack Sepple, Accenture’s group technology officer for operations and global lead of the Accenture cloud strategic initiative. “We still spend a lot of time working with our clients, educating them on what the transformation is and the impact it will have on their organization.” Sepple contends that if organizations take the steps now to move apps to a standard architecture for on-premises private cloud, then when they’re ready to move the app to public cloud, the transition will be automatic.

Several leading cloud providers offer their own take on hybrid cloud’s definition and what they’re offering. 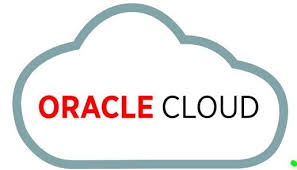 Oracle in March 2016 rolled out its Cloud at Customer private offering, which the company says is an exact replica of its public cloud in its software, service-level agreements and pricing. Customers can set up applications in a private cloud and then slowly migrate them to the public cloud as needed.

“We’re defining the cloud not by where it is, but how it is run and the services it delivers,” says Nirav Mehta, vice president of product management for Oracle’s hybrid product line.

Oracle is targeting enterprise customers that until now haven’t been able to take full advantage of public cloud because of regulatory, data privacy or jurisdiction requirements, including businesses in financial services, government and healthcare.

“The CIOs tell us, ‘I’m going to adopt cloud computing, but I’m looking for technologies that allow me to manage my risk and get there gradually. I’ll start to modernize my applications into true cloud apps. I’ll add my virtual machines, database, middleware, and they don’t have to leave my premises. In the future, when I do want to go to the public cloud, I don’t have to re-engineer my applications,’” Mehta says.

Today about half of Oracle’s private cloud customers are deploying the same applications in both public and private clouds for testing and production, Mehta says.

Microsoft has also developed a one-stop hybrid-cloud offering in conjunction with its Azure public cloud.  The Azure Stack extension, which came out last year, allows users to bring public cloud computing onto their on-premises private cloud. They can host different instances of the same application in the Azure cloud and on premises depending on their business or technical needs. Or they can develop an app in Azure and then deploy it on-premises to meet regulatory or policy requirements.

There are drawbacks, however, including stringent hardware requirements. “A common application programming interface is pretty rare these days– and expensive,” Nelson says. “The specs that Microsoft requires of the hardware providers to actually comply with are pretty extraordinary – and because of that these stacks are super expensive.”

And while some enterprises prefer having a single vendor for their hybrid cloud strategy, others might prefer a mix of service providers, Jyoti says. 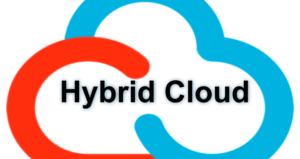 Microsoft is also looking to attract VMware customers to its public cloud. In February Microsoft unveiled Azure Migrate, a service that is expected to ease the migration of VMware workloads to the Azure public cloud.  VMware and Amazon Web Services also partnered in August 2017 when VMware launched VMware Cloud on AWS that helps companies migrate their vSphere-based environments to AWS public cloud.

Not to be left out, Google Cloud and Cisco teamed up in October 2017 on a hybrid-cloud partnership that allows IT managers and application developers to use Cisco tools to manage their on-premises environments and link them up with Google’s public IaaS cloud.

By teaming up with Google, Cisco is able to offer its users a public-cloud target that it can deeply integrate with. They are expected to use Kubernetes open source container orchestration system developed by Google to connect their environments.

Even professional services firm Accenture is partnering with public cloud providers for hybrid cloud offerings. Accenture hosts private clouds for its clients and provides some orchestration tools to connect workloads to public and private clouds – leveraging partnerships it has with Oracle, Microsoft, VMware and other vendors. In April, Accenture received a patent for its analytics-based multi-cloud tagging capabilities in its cloud platform.

“We recognized that as you move to cloud, the old ITIL model doesn’t exactly fit,” Sepple says. “There was a lack of offerings in the market, so we created this asset.”

For enterprises that already have a public cloud vendor or two and are trying to decide which apps to integrate into the cloud and how, IBM is leveraging its technical and consulting backgrounds to understand the customer’s workload and the likelihood and cost–benefit analysis of moving an app to the cloud.

Its offering will rely heavily on Kubernetes container services that transfer apps between platforms, with management and monitoring during the transfer.

IBM calls its hybrid offering “multi-cloud,” acknowledging that most of its customers already use Google, Azure, AWS and SaaS vendors such as Salesforce, Workspace and ServiceNow.

“The biggest challenge for customers is understanding all these applications and the footprint that they have today,” say Denis Kennelly, general manager of IBM Hybrid Cloud. “The conversation (with customers) goes, ‘I’ve adopted a vendor and built a set of applications, but I still have x-hundred apps sitting on premise, and I really don’t know how to move those forward. Do I need to refactor them all or replace them all?’”

Jyoti says IBM’s offering lacks the sophistication of some of the other bigger players. “There wasn’t a lot of innovation happening,” and their integration tools only worked with IBM’s public cloud, “but they’re starting to open up now with support with Amazon and Azure.”

Kennelly points to its client Hertz as an example. The car-rental company’s rates application gets about 1.5 billion hits a day on its website as customers search locations, car types and rates. It also receives 30 million changes a day to the platform, according to John LaFreniere, vice president of global IT architecture.  The company wanted to keep the critical apps close to home, while making it easier to synchronize the application across different clouds and ensure consistency of standards. So Hertz deployed the app on both the IBM public cloud and on a third-party cloud, using IBM Cloud Private and Kubernetes containers, which kept it in sync with the overall cloud and data structure.

Shifting cloud-to-cloud is possible, but not easy 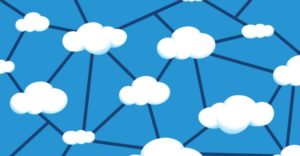 Though more orchestration tools are becoming available, it’s still extremely challenging to move a workload from one cloud platform to another, Nelson says.  “Moving things is expensive. The fact that you would have to be able to create it to be compatible for more than one platform, and then pay for the movement of that data – there’s a million challenges to facilitating that today,” she says.

“Anytime you move a database, it’s not an easy move,” Sepple says.  “Think of going from Oracle to SQL. It’s no less complex than it was making that same decision 10 years ago. The question is, how much effort do you want to put into making that transition?” This leads to cultural issues that can hold back organizations from pursuing hybrid cloud.

For any cloud-aspiring or already cloud-intensive enterprise, a hybrid cloud strategy comes town to finding the right collection of cloud technologies and orchestration tools that makes the organization faster and more efficient, Nelson says.

“Call it what you will, but hybrid cloud is the future,” Nelson says. “We talk about organizations custom-designing their own cloud and then taking a more practical approach to their cloud strategy that’s designed with their history, current state and future in mind, and building a solution that works for them.”